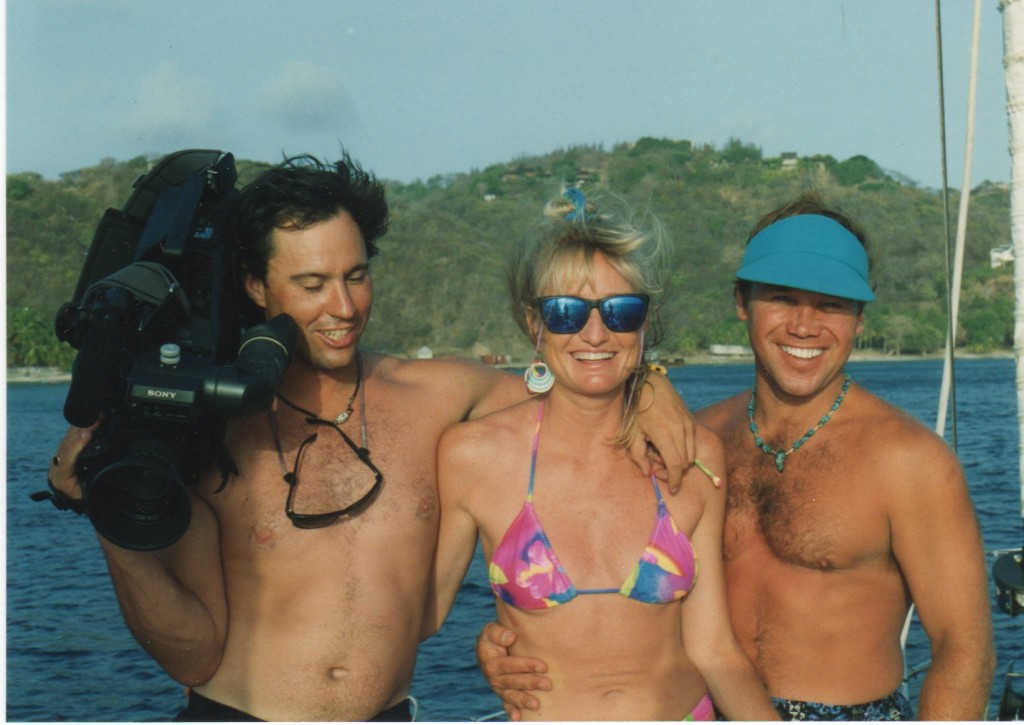 I had already booked our sailing trip to the West Indies for May, when I suddenly realized that it was exactly TWENTY years ago that we filmed the pilot episode of Passport to Adventure, “Sailing the Grenadine Islands” on this very same route. A stroke of serendipity, as our fourth season of programs had just been completed and distributed to the PBS system. This would be an apropos anniversary celebration for me! 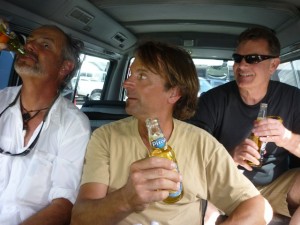 And away we go!

I had been to the island twice, once in 1984, and again for our shoot in 1992, so I was curious to see what had changed. Four of our seven-person sailing crew arrived together into Hewanorra airport in the south end of the island, which meant we would get to see half the island in route to Marigot Bay, and the Moorings base, on the west side. Our Moorings-arranged taxi driver welcomed us in style, with cold Piton lagers – we were on vacation! 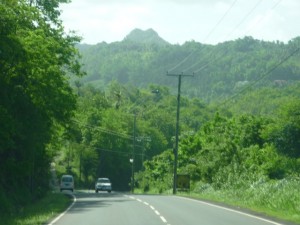 no spilling our beers on these roads!

I had memories of bumping along winding, one-lane roads on my previous visits, so the first change I noticed was the improved infrastructure. Apparently the caldera we filmed is now a major tourist attraction, there are many new resorts, and more sailors means more stores for provisioning, but the countryside was as lush, mountainous, and scenic as I remembered. 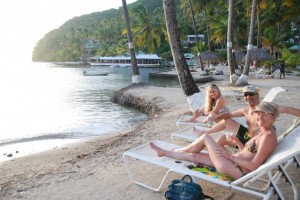 We arrived in Marigot just in time for sunset cocktails and getting to know the rest of our sailing “mates” over dinner at a casual, open-air restaurant. 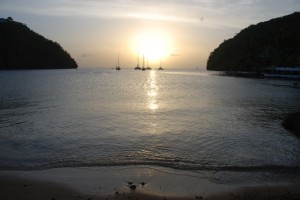 Next day was busy – after a morning briefing at the Moorings offices, and a run to a very well-stocked grocery store for provisions, we sailed off into the 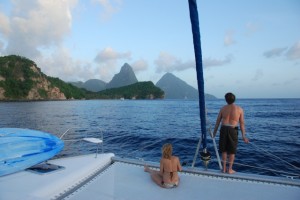 A perfect evening sail to the Pitons.

Next leg of the journey… St Vincent and the Grenadines!