Here are three favorite diversions to seek out when visiting exotic locations:  rooftop restaurants,  music clubs,  and a local golf course.   Golf we’ll get to later.

Rooftop restaurants.  In an Asian city it’s nice be above the hoi polloi.  The air is a bit cleaner.  The view of thronging,  endlessly fascinating streets below is more entertaining and less of a scrum if you are watching it from above instead of navigating through it.  There is lot interesting to be stuff  to be seen on 3rd world roof tops … laundry to love making .    Here is my artistically metaphorical photo of the great Buddhist temple of Boudhanath    …  which I saved just before Jacki hit the delete button  (several times actually ?) 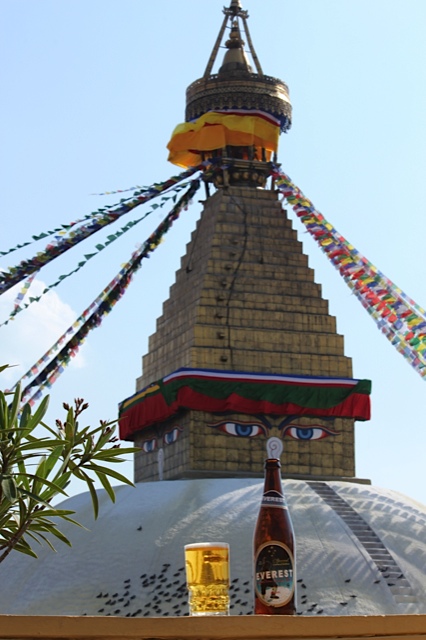 Usually you find local music in the street or in saloons and restaurants.  Local music is, of course, a great atmospheric …  a sound track for the local culture. Even the most foreign sounds can be toe-tapping after a few jumbo Everest beers, and you will almost always see and hear some unrecognizable instruments,  usually home-made.   We found this little restaurant in KTM from a sign on the street. 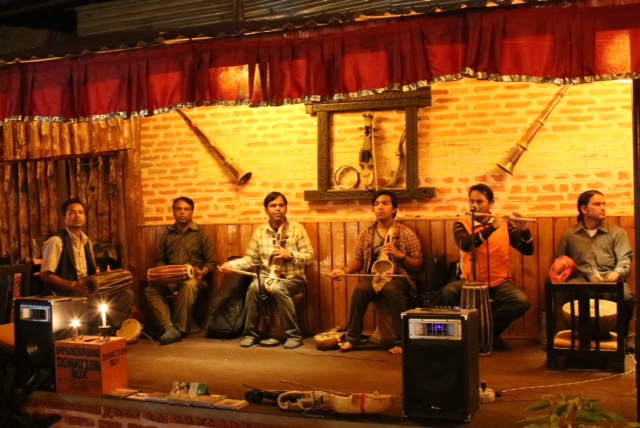 I have the cd.  It’s still in its shrink wrap like most of my other native music cds .  I bought it because this sweetly smiling something-player came to our table and told us the proceeds from the cd   ….   ‘were for the children’. 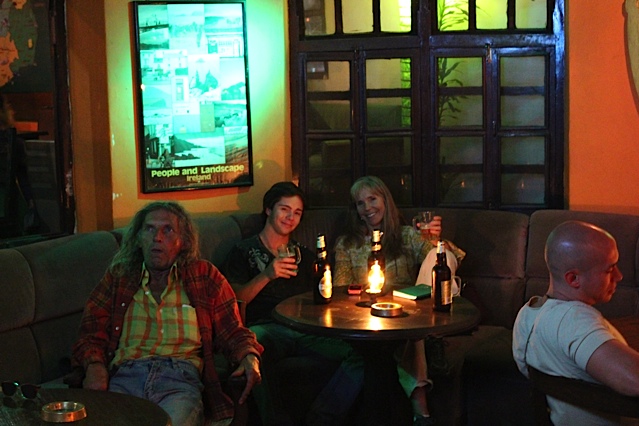 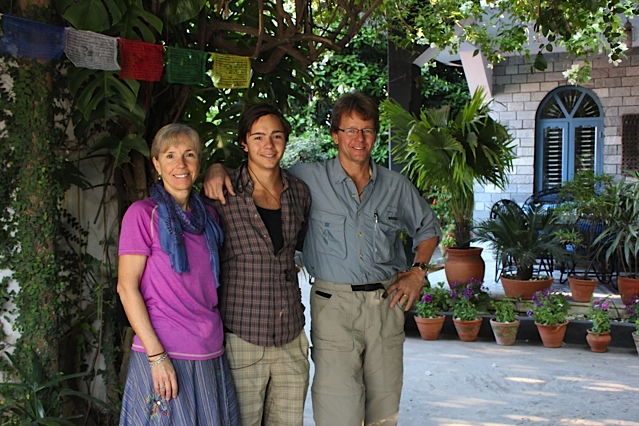 from the once infamous Kathmandu Guest House