I am not going to write a lot about my old friend Kathmandu because later I am going suggest that you not come here   …  to skip it for a better option.  (that would be Bahktapur a few miles to the east in case ‘later’ is a rhino or an avalanche) 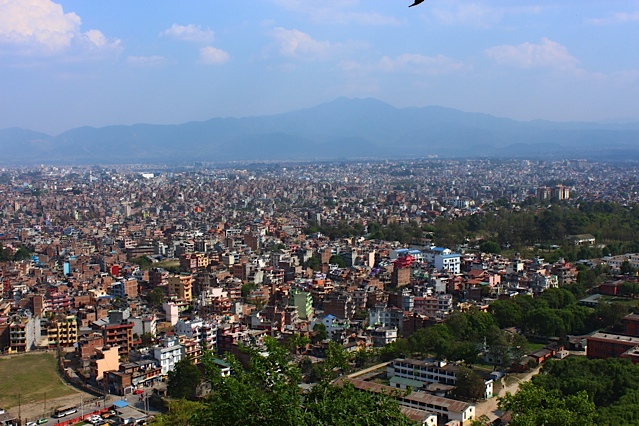 It’s usually a boring travel narrative to talk about ‘the way things used to be’.   But Kathmandu is a peculiar story.   Nepal was a monarchy the first time I came here.  King Birenda, back in the 80’s, was by all appearances respected by his people … ‘revered’ as Kings would have it.   One thing I remember about Birenda is that he kicked all the hippies out of Kathmandu in the 70’s by tightening visa laws.    (Duuude !?)   Once I actually got a limo glimpse of the Queen on her way to her walled lakeside palace in the then little town of Pohkara, her eyes rigidly forward speeding past her Nepali subjects lining the streets as if she might catch something from them.   In fact the Nepali royal family tree was loaded with rotten fruit.  Birenda’s brother introduced the heroin trade to Nepal addicting hundreds of thousands of his own people.   Then of course the Shakespearian grande finale in 2002 when Crown Prince Dipendra opened fire on his family killing the King and Queen and another half dozen family members  … over a girl they didn’t like.  (Duuude ! )   Dipendra then shot himself in the head but not fatally at first.  He lasted a couple of days during which time the confused, traumatized Nepalis actually made him King for his two surviving days since he was,  well … next in line. 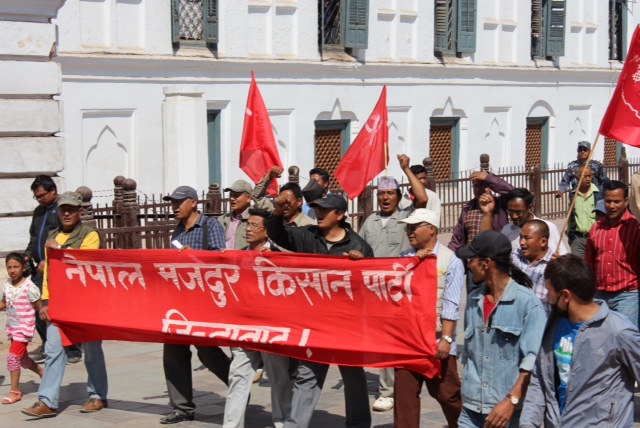 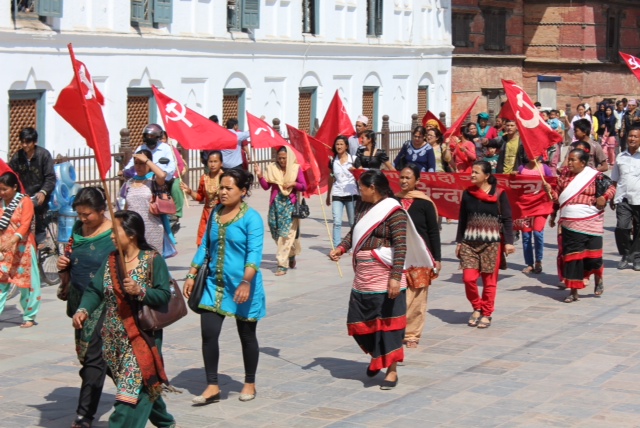 Now out of all this chaos come the Maoists.  While the western countries were wallowing in our financial woes a few years ago Nepal was in a full blown civil war with the murdering, bank-robbing Maoists, now getting traction by virtue of a few reasonable ideas to help the people.  Populists but  still Maoists …. actual Stalinists if you believe the posters at their rallies.  But the opposition was so bad the Maoists for the first time in human history won an election and run around today opposing things like voter registration.  The consequence of all the fighting was that tourism was slowed to a trickle and all the hill people flooded the Kathmandu Valley doubling its populations. 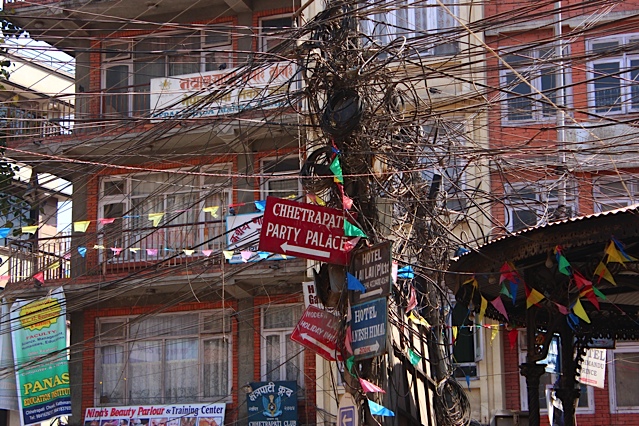 Out-of-control expansion has caused concrete to spread like kudzu out-pacing infra-structure so the city is now without electricity  for half the day.   It’s a bigger and more bizarre story than I can tell but check the picture.   The once enjoyably walk-able and bike ride-able streets are clogged with traffic and pollution.   The local-market ‘ambience’ of fresh morning produce spread on sidewalk tarps,  of good exotic  street food,  the occasional goat’s head boiling in a sidewalk cauldron has since morphed into a commercial sprawl of trekking shops, Chinese knock-off emporiums, souvenir shops and tourist claptrap.  The old medieval sites like Durbar  Square, that once charactertized the city,  are now isolated into World Heritage sites you now have pay to walk through. 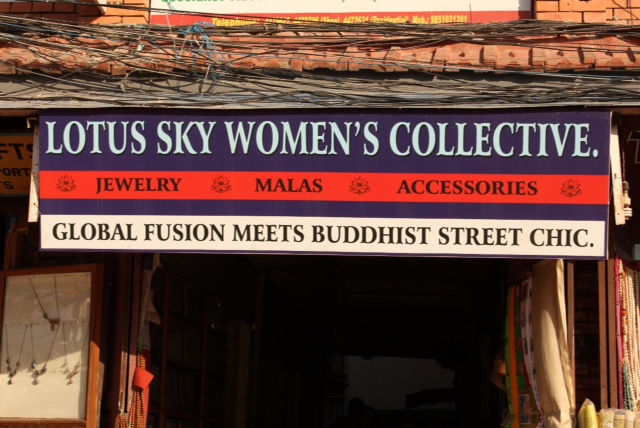 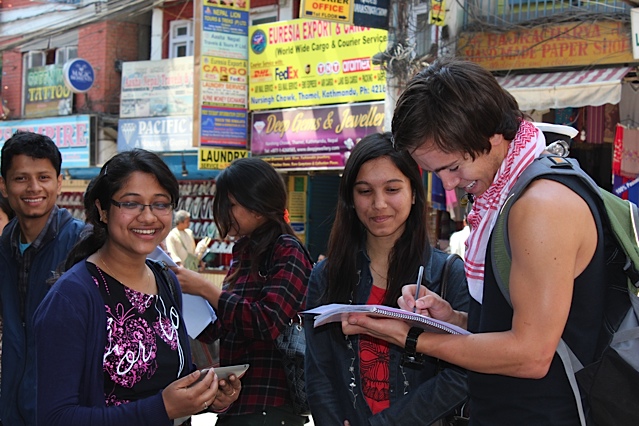 Nick did a few tourist ‘survey’s for KTM coeds 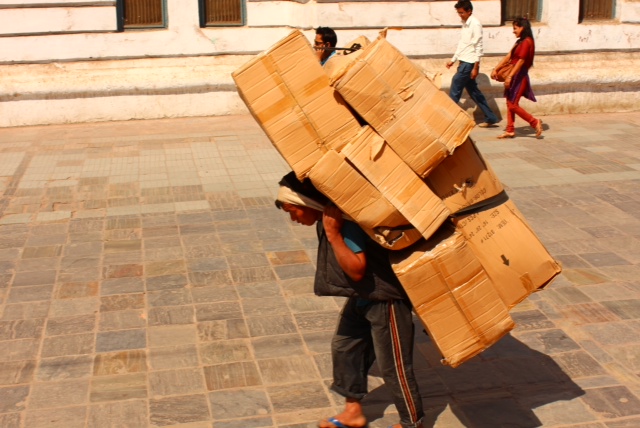 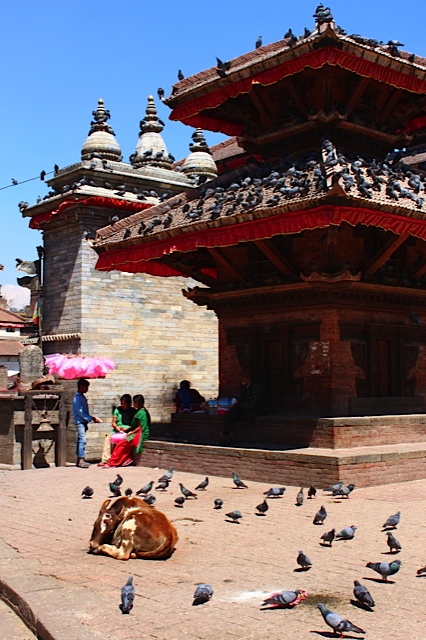 The city is deranged, enervating, fascinating and, despite the lack of breathable air, we loved every minute. 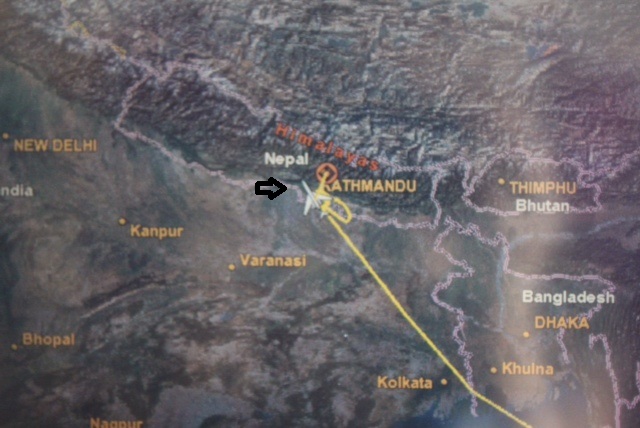 One nice thing about trans-pacific flights is that you get fly Asian airlines.  In this case Singapore Air to Seoul then Thai Air to Bangkok  There is an old school elegance on international carriers, particularly the Asian ones. The flight attendants are generally young, beautifully-attired and coiffed with body styles that … let’s say and risk political incorrectness … don’t knock the coffee out of your hand as the they pass down the aisle.   Which brings me … I can’t help it … to United Airlines, whose motto could be:   ‘We are the not the World’s Most Exasperating Airline because we don’t try’.   On our UAL connector flight from Reno to SF we settle in, the doors close and then (shockingly) nothing happens until a flight attendant hurries down the aisle opening every overhead luggage hatch … the things you are supposed close before take-off, right ?   Notwithstanding the troubling impression this created in the absence of any explanation, here is the eventual announcement from the United Airlines flight attendant.  This is word-for-word because I wrote it down in my  Fun Facts for a United Airlines Class Action Lawsuit notebook … Vol. 3

Since the overheads are barely big enough to hold a box of girl scout cookies,  there came this follow-up announcement:       “Passenger Ivan Kofsalotsky (?) please report to the flight attendant” … which was easy since she was standing over him like Broomhilda.   Mr Kofsalotsky, a befuddled old foreign national whom I am guessing had a stand-by ticket and a language problem, was hustled down the aisle clutching his carry-on to his chest.  It looked like that movie scene where the Nazis find the Jew on on the train.  Anyway as we sit some time longer on the tarmac, we flash back to our last United connector flight to SF which cost us our overseas flight connection to Paris – and our luggage,  when an even more confused Mr Kofalotsky is shuffled back onto the plane with no explanation.  I figured they probably just tossed a couple of bags out on the tarmac and off we went with Mr Kofalotsky back in his seat still clutching his carry-on. 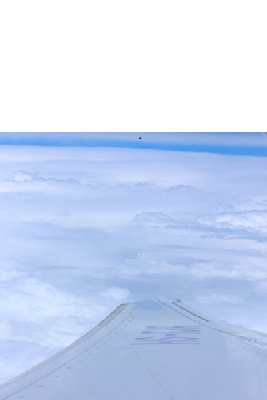