Passport to Adventure was doing pretty well going into this recession. We had some operating capital from past work, some great shows in the can, and more in the queue. Unfortunately, unbeknownst to me, my co-host, Mark, was digging himself into personal financial disaster, and had spent money that should have been earmarked for Passport to Adventure. Long story short, I assumed control, and responsibility for editing and distributing our new season of programs. 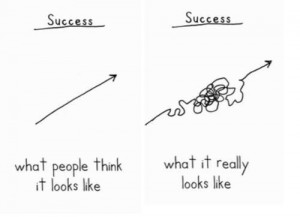 I love this illustration, spot on!

Probably the most infuriating element of the whole mess, was a simple cost-cutting measure that went very wrong. Mark had disconnected the Passport to Adventure toll free number, which seemed like no big deal, as most viewers contact us via email. Until I was notified that our distributor was going to pull the Passport series off the air, due to the non-working # shown in the credit role, unless I could get it reconnected.

I called AT&T and found that the # was still available, and proceeded to get it hooked back up. Easy, right? NOT! Nothing is easy with AT&T, by far the most incompetent company I have ever dealt with. (I guess they’ll never be a sponsor of Passport to Adventure, oh well) After two months, all I had to show for my hours spent, was a folder an inch thick documenting conversations with various departments at AT&T (all said no problem, they’d get it taken care of) and bills I paid for service I was not receiving. I finally had to give up. The whole ordeal was so incredibly frustrating, I was ready to kill someone (metaphorically speaking of course).  It’s absolutely amazing that AT&T stays in business. I have since switched all of my phone, internet and TV to Charter Cable, and so far, I am very happy with their service and price. Now I just have to pray that AT&T quits sending me bills for service they keep assuring me has been disconnected, and that AT&T doesn’t buy Charter!!!

The result of all of this is that Passport to Adventure will be not be airing for a few months, until we release our new programs, and re-feed the archived episodes with updated contact info. So don’t be alarmed when your local station tells you “the rights for Passport to Adventure have expired” and they are unable to air the program.

Stay tuned, we’ll be back soon, better than ever!

One thought on “Can’t find us on your PBS channel? Thank AT&T…”